Wow it has been cold lately and it's just hit out of nowhere! Last week it was a beautiful 27C this week 15C and raining eek. So i thought it was time to pull out a good old soup recipe! This is a take on minestra, which my mum makes all the time, it's a Maltese vegetable soup. I don't use pre-made stock in mine like she does because i don't like the preservatives, additives and general artificialness of them. So instead I did something I have never seen done before, but was very successful! I had no bones to make a stock and didn't have time to make a vegetable stock, which i often find bland anyway, so instead i made a vegetable juice - I think it's the Heston Blumenthal in me (I may have watched one of his shows last night). He has inspired me to think outside the square when cooking and inject as much flavor in my food as possible. And that's what this juice does! it's a combination of classic stock items, but instead of seeping that into a liquid as a traditional stock does, this one extracts all the flavors in the form of juice! Very delicious and has a wonderful rich flavor that is comforting in winter.

For the soup
1 large onion finely diced
100g pancetta diced
2 large carrots diced
3 stalks celery leaves and all diced and leaves shredded (mine were homegrown)
3 stalks parsley chopped stalks and all (mine were homegrown)
1/4 red/green cabbage diced
1C diced pumpkin (mine were homegrown)
1C great northern beans or any white beans soaked overnight
1/4 tomato paste
3 fresh bay leave (dried are fine too)
4 sprigs thyme leaves picked.
Juice
2 C water (you may need more later on if it dries up too much)

you can add what ever veggies you like to this or take out things you don't like to suit your taste. Other things could include but are certainly not limited to zucchini, squash, broad beans, peas, potato, turnip, parsnip.

First make the juice, I have a juicer so just put everything through that. not sure how you would go if you didn't have one, but would suggest you try those raw juices in the fridge. Some of them have apple in it so read the ingredients first. if you were to use a bought juice I would add an extra onion to the soup. 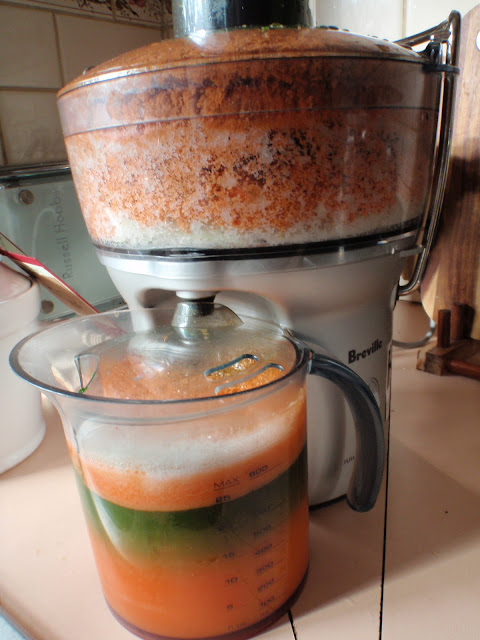 For the soup add onion and pancetta to saucepan and saute until softened, add the other veggies and saute until softened stirring regularly for 5-10 minutes. then add tomato paste and cook off for a couple of minute. Add the beans, herbs, juice and water and season with a good amount of pepper and salt to taste (I used a good pinch). Cook for 1-1 1/2 hours until beans are cooked. 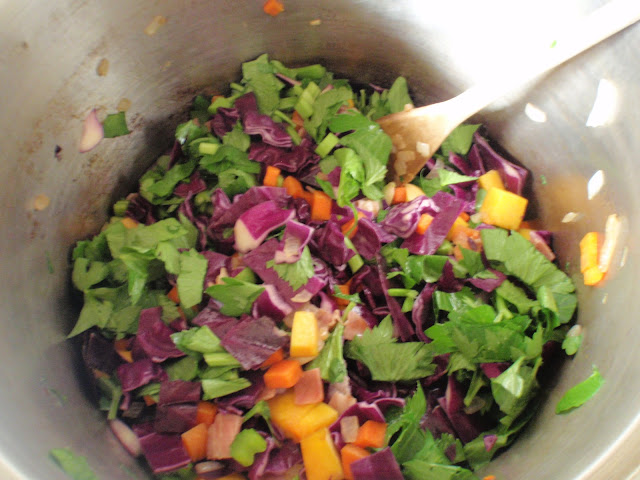 Serve with grated cheese and crusty bread such as HOMEMADE SOURDOUGH WHOLEMEAL BREAD! 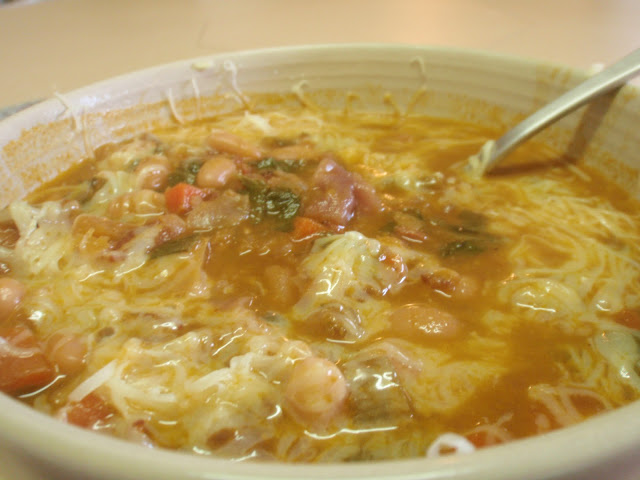 Posted by Living The Dream Homestead at 13:20