DID THEY TELL YOU YOU WERE HAVING A BOY?

To find out the sex or not to find out, that is the question.

We have our gender scan in a few days and had you have asked me this question in my first pregnancy I would have without a blink of an eye told you YES! I love to be organized, and what better way that by finding out, so I could organize a wardrobe, the room, a name anything baby related! So at 17 weeks and 5 days, the earliest I could I went down and had the ultrasound - IT"S A GIRL! took a while to sink in as I thought we were having a boy from what my heart was telling me. For the next few months I would randomly wake up in the middle of the night having a minor freak out, what happens if it is a boy and everything baby I own is pink? At 36 weeks due to a gestational diabetes diagnosis, a rookie doctor had a freak out, at the first appointment I had with her (at 36 weeks). My blood sugar number were slightly higher than the rest that I had recorded, but were still low. I was always measuring 2 weeks smaller from about 20 weeks so was never worried about having that HUGE baby everyone was warning/trying to freak me out about. But she seemed to think I was big, I wanted to tell her to go back to school as all the midwives told me my belly was small and I didn't look as pregnant as all the other women in my antenatal class who were due after me. Plus I'm short so nowhere for baby to hide! So she ordered an emergency ultrasound, to see if I needed to be induced. I wasn't worried and took this as an opportunity to see my baby once again. That night lying in bed, I said to my husband, I'm going to ask her to confirm the sex....just in case.

We arrive at the appointment excited. The first thing the radiographer asked me was if I had my dates right as I was measuring small... I know my doctor freaked out for nothing, but it was a blessing in disguise as when I asked her to confirm the sex she said 'DID THEY TELL YOU YOU WERE HAVING A BOY?'


So you can see my hesitation. That week I had finished packing my hospital bag, finished the room and had all our baby girls clothes from 0000-1 washed boxed and labeled. My last month of sitting on my but and getting fat was now thrown out the window and I had to strip the room and start all over again.

So to find out or not to find out? Do I find out later so the test is more accurate? Do I take boy as yes we are having a boy and then a girl as either or? Do I tell people, or do I keep it hush? Do I tell people if it is a boy and not if it is a girl, do I just have a surprise as I have enough boy and girl stuff to last me to a year of age? This time I am not so anxious to find out and do not have a gut feeling.

A confession at the 12 week I asked the radiographer when it was safest to find out because of our story and he said he could tell us then (although his statistics are 1 in 100 wrong) so without hesitation I asked him to tell me.  I was told what I was having, but am unsure weather to believe or not, I don't have a feeling like I did with Israel, although a few weeks ago I had an inkling but that has gone away. I don't know if it is because of what happened with Israel or not.... We shall wait until Monday afternoon, all will be confirmed - or not... 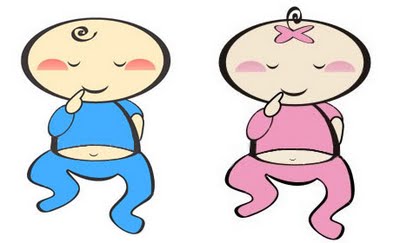 Posted by Living The Dream Homestead at 10:26

Email ThisBlogThis!Share to TwitterShare to FacebookShare to Pinterest
Labels: PREGNANCY