I can't believe my little man has turned three, it feels like a lifetime ago that he was welcomed into this world yet I don't know where the time has slipped away! We had two full days celebrating with him, one on the weekend so daddy could join in the fun and then one on his actual birthday too!

We headed down to the mornington peninsular so we could hop on the historic steam train that took us from Moorooduc to Mornington and then back again. The train was ridiculously slow, we had a giggle that if we missed the return trip we could probably walk back to the station faster. But the heritage train was gorgeous, and made you feel like you were stepping back in time. 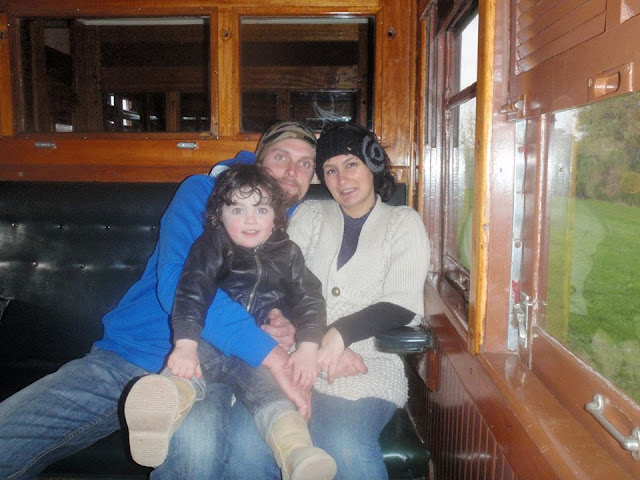 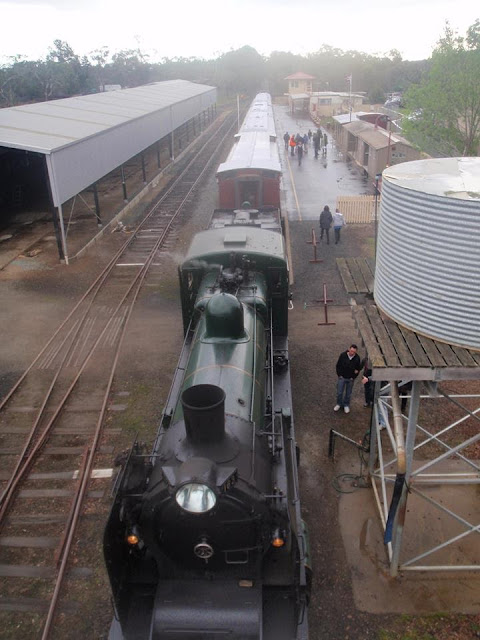 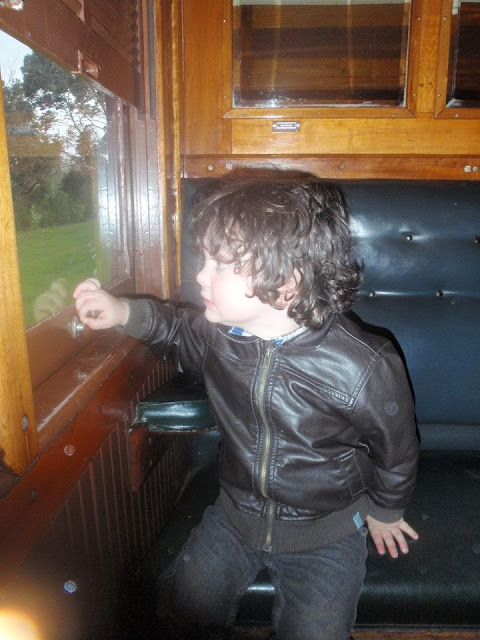 After the train ride we set up Squiz's birthday present, A TRAMP-AMP-OLINE! By the time we had half set it up it was dark so we had a night jump :D 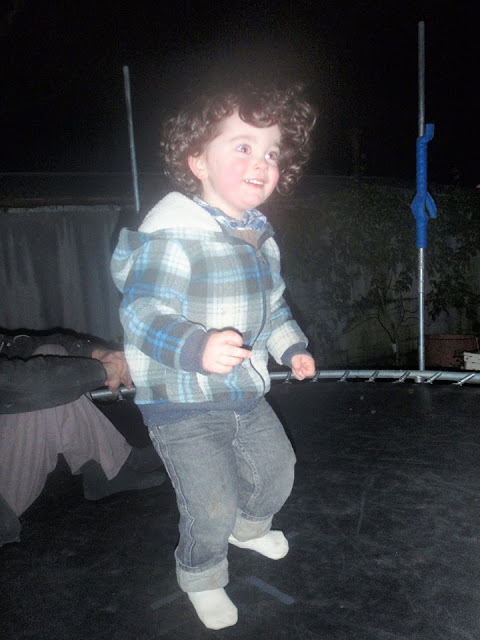 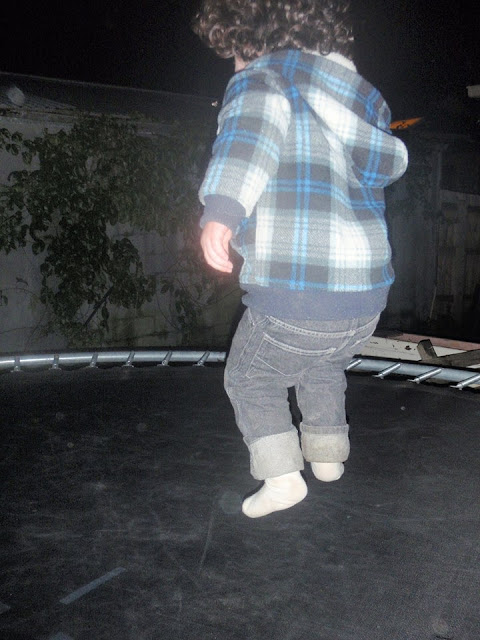 On Squiz's birthday we headed down to Myuna Farm and I have to say this is the best farm for children that we have visited (and I think we have visited all of the ones in our area!) It was incredibly well priced and very hands on. I think I had just as much fun if not more than Squiz! We arrived just after opening and stayed nearly to the end, there is so much to see and do. There is no cafe so BYO lunch and snacks, although there is provisions for hot pies and sausage rolls, which are microwaved and then placed in the oven to crisp up on demand which make for an edible lunch if worse comes to worse. Entry is $6 per person and rides including a 'train' ride around the farm and a very short pony ride are $2.50 per person. Upon entry you are given a loaf of bread which can be fed to the paddock animals not including the horses, ponies, donkey and kangaroos and nursery animals. Because of this all the animals are incredibly friendly and come up to you at the fence reaching out to try and get a bite of food! The Water Buffalo was my favourite, although Squiz was scared of him and kept dragging me away, because he had a big mouth and might eat him. The nursery was Squiz's (and my) highlight, where you can enter the pens and handle the animals. The baby goats were adorable and kept nibbling on our clothes - I could have stayed in there forever having a cuddle! They were Squiz's favourite and my equal with Buffy the Buffalo! 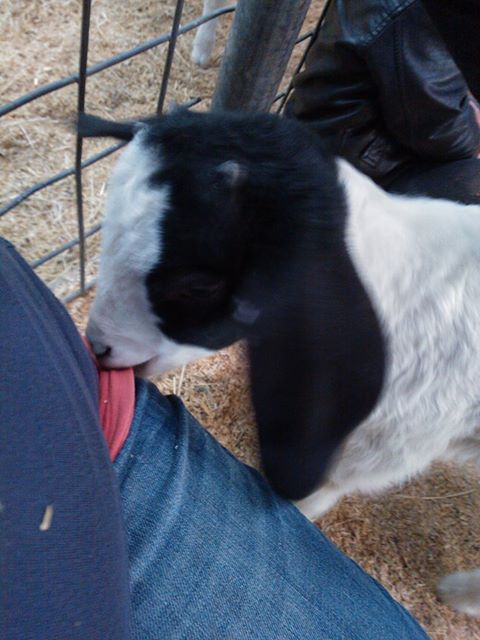 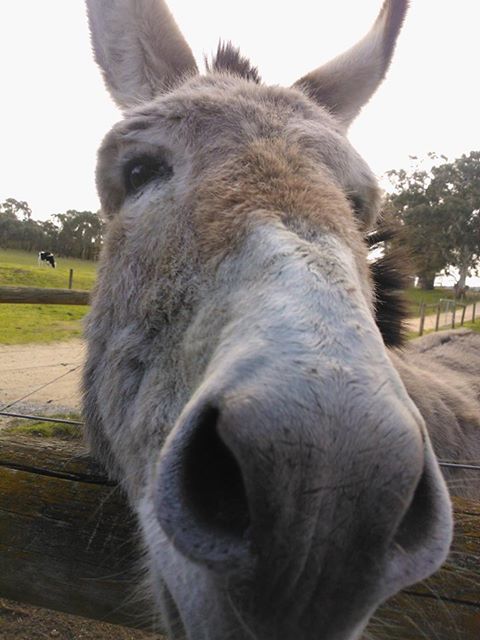 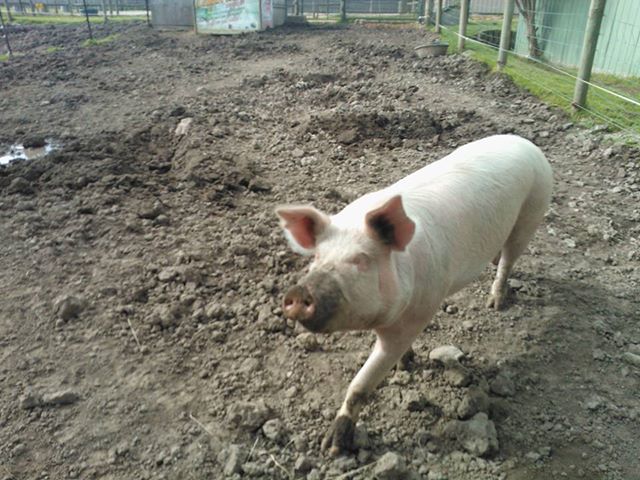 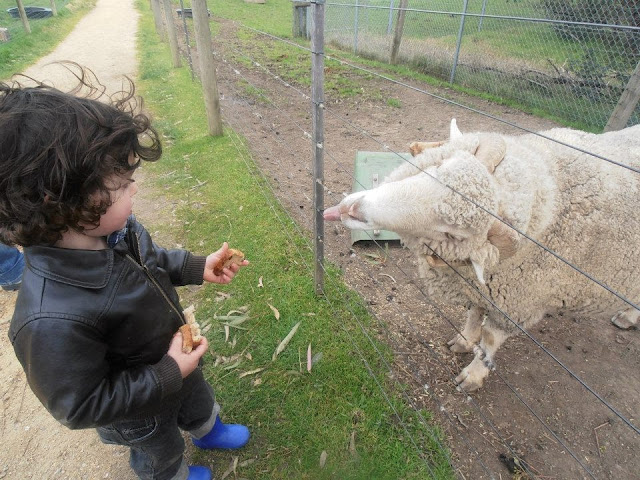 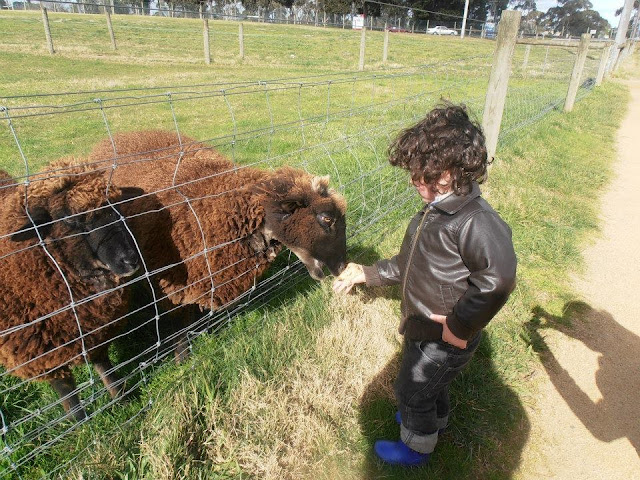 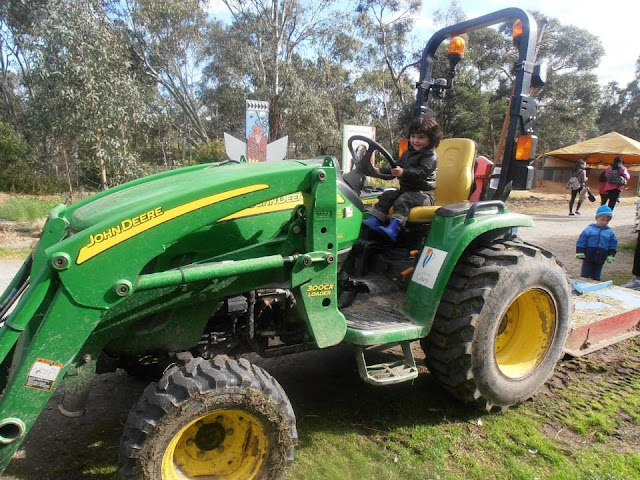 Posted by Living The Dream Homestead at 23:25

Email ThisBlogThis!Share to TwitterShare to FacebookShare to Pinterest
Labels: LITTLE ONES