DAY 15 - A BRUSH WITH A DINGO AND SANDY CAPE

I was never one to fully believe or understand the Lindy Chamberlain case. I had too many questions. How was it possible for a dingo to get inside you tent and steal your baby? Back in high school in year 10 I think we spent a full term studying this case for Law. The ins and outs of all the details. Our teacher was great in remaining on the fence to allow us to come to our own conclusions. 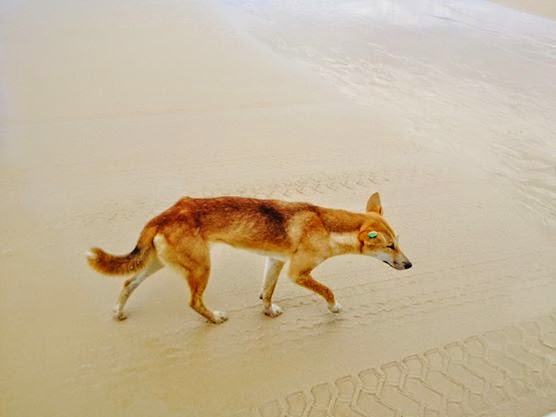 I never whole heartily believed that this was true, not that I ever thought that she murdered her own baby. It was more of a doubt on the how.

EVERYone and I mean EVERYONE was warning me against dingo's, friends family strangers you name it! This wasn't news to me I had already taken a baby Israel to camping in central Australia where this incident took place. I was well aware of the dangers. I already knew that as relaxed parents in the great outdoors that would be on top of our game,

Israel now 3.5 years old was literally 30 centimeters from me playing with his truck. I was sitting on my camp chair trying to read as Israel kept chattering away to me. 6 month old Jireh was starting to stir and I was resisting the temptation to go in and pick him up until he fully woke up. Paul was around the corner of the camper trailer tinkering.

Out of the corner of my eye I saw something quickly move. IT'S A DINGO. I think I stood up out of reflex as my brain hadn't fully engaged to what was happening. 3 full days with out food was taking it's toll on my body especially as Ji was still breastfeeding regularly. I am glad I resisted the temptation to go and get Ji, if I had got him early who knows what would have happened. I think because I was sitting down the dingo saw me as a small child and did not see me as a threat. He was merely a few meters away. He was a large dominant male capable of anything. The dingo had snuck past Paul and came around to us. Luckily my standing up and taking a few (tentative) steps forward (which I later read is the wrong thing to do) was enough to scare him away.

After the great dingo scare we thought we would take a drive further up north while the tide was low.
The beach was still impassible as the tide was still a little high and was full of rocks which were way too steep for even our beast. The chicken track was also impassible because the local cops got bogged. Quite hilarious. I sat there watching as all the guys got out to help, I'm not sure what was more funny, the cops in too deep or all the men fighting for alpha position of the great de-bogger (include mine [yes you babe]).

Question how many men does it take to get the local cops unstuck? 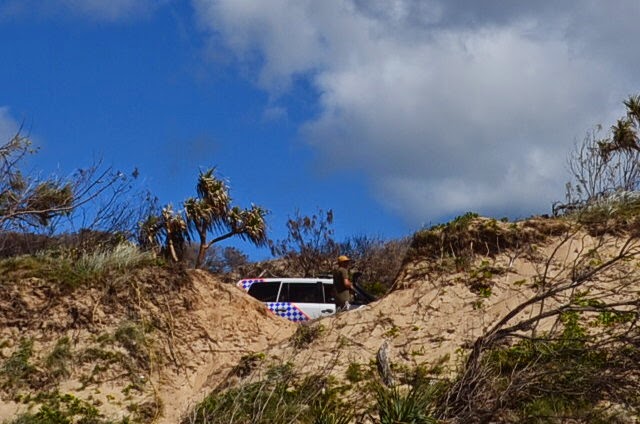 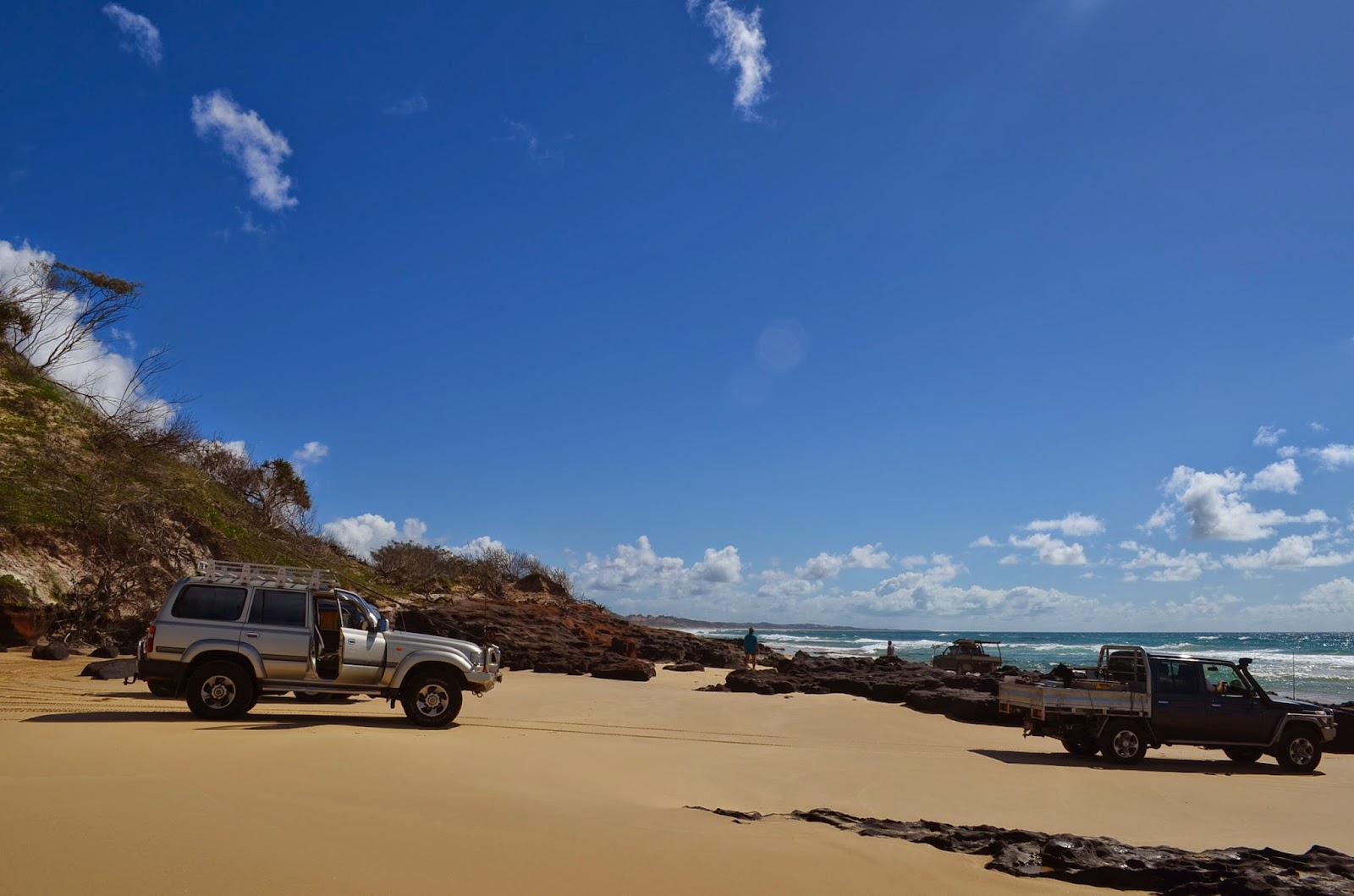 Beautiful sandy cape. Unfortunately I was still ill and after so many days foodless I was too weak to walk up to the light house. This was something I was really looking forward too as I'm a light house lover. I also wanted to head down to the world war 2 bunkers which were close by. This was a stunning stop and I highly recommend it as a place to camp. 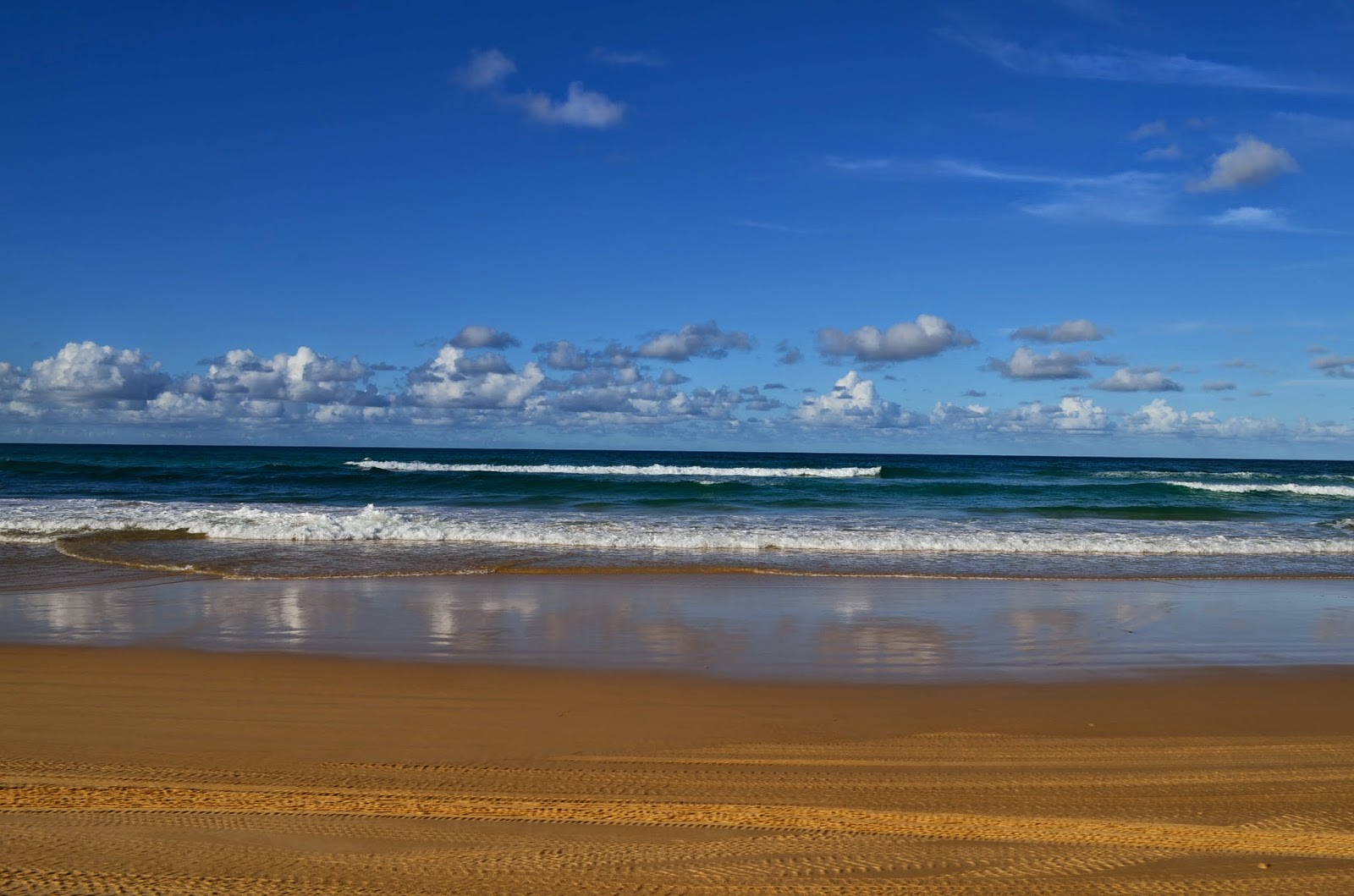 Then we headed down to Waddy Point. 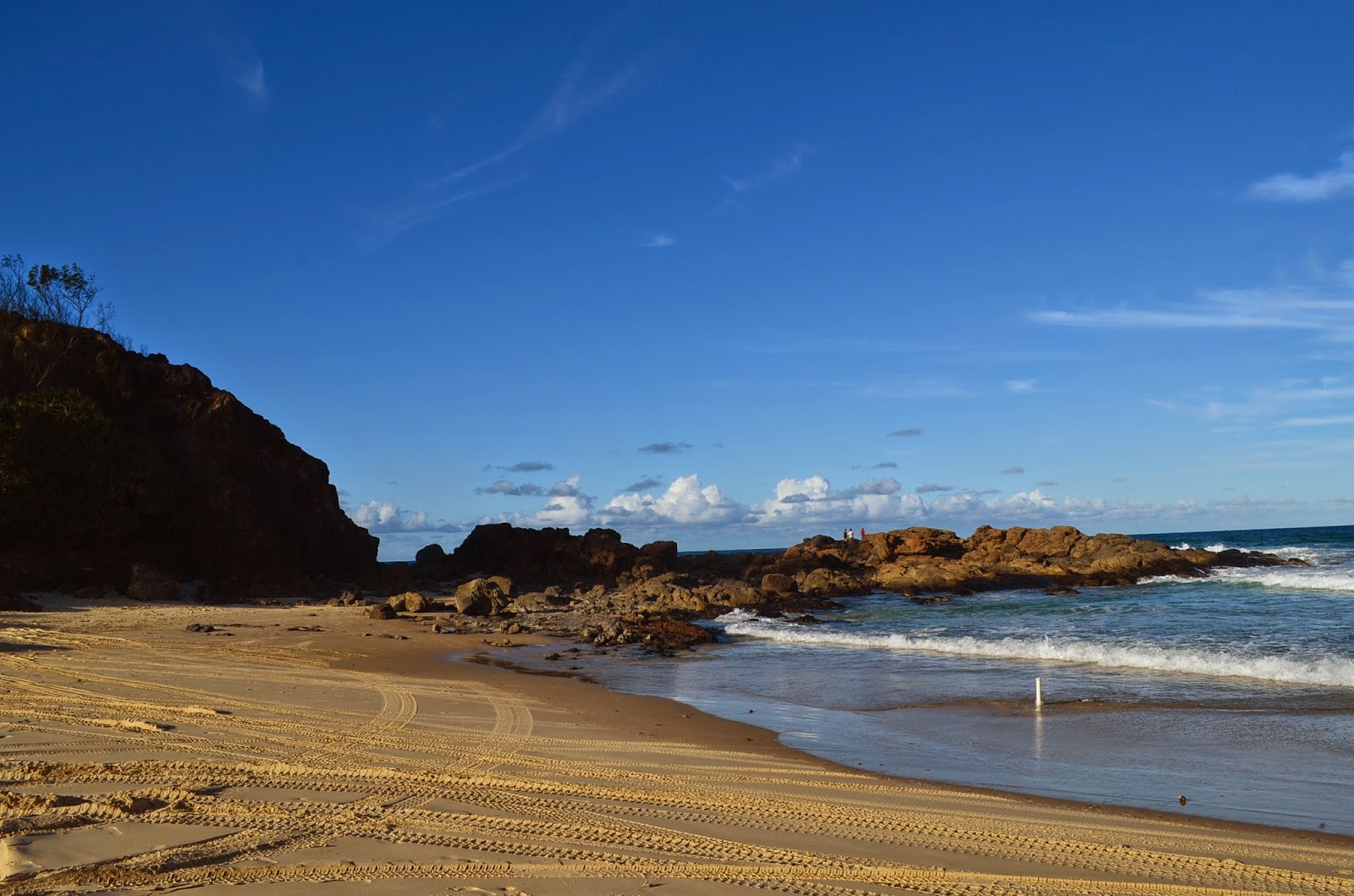 Posted by Living The Dream Homestead at 12:16