We will defiantly be coming back to explore more of this lovely park. we only wen't to the northern section of the park because it's free. The other parks you have to pay $16 per day in summer and $27 per day in winter. Our first stop was the yarrangobilly caves as i have never been inside a cave and I have wanted to do this for some time. There were only three caves open to view this time and I had two on my list. One of them we were ruled out of because of Israel. Children needed to be over 5 years old to be able to climb up the steep ladders. The one we went into was South glory and is the biggest which was a good thing seeing as I get flighty in small spaces. And it was $15 per adult to go on a self guided tour (you also had to pay a $3 entrance fee per car for this tiny section of the national park. it was well worth it with lovely facilities which are very clean). It was lovely to go from 40 degree heat to 10 degree heat and as you approached the entrance of the cave you could feel the cold air blowing out. The cave was very interesting, with all the formations and was very easy for Israel to navigate the stairs and paths. 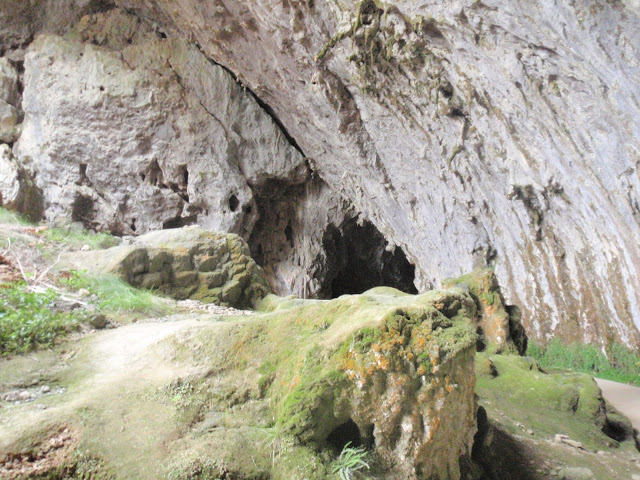 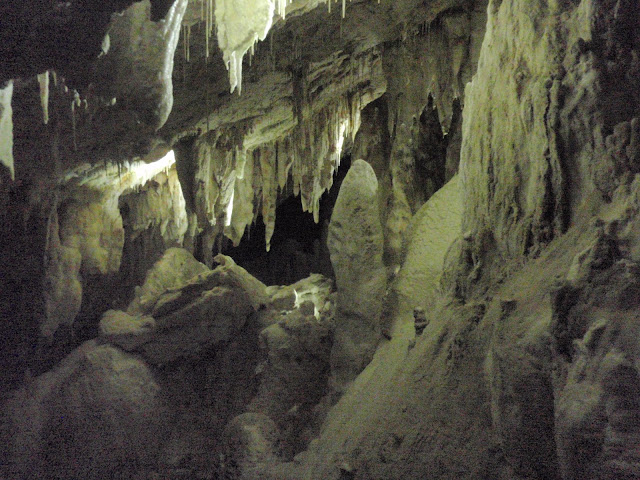 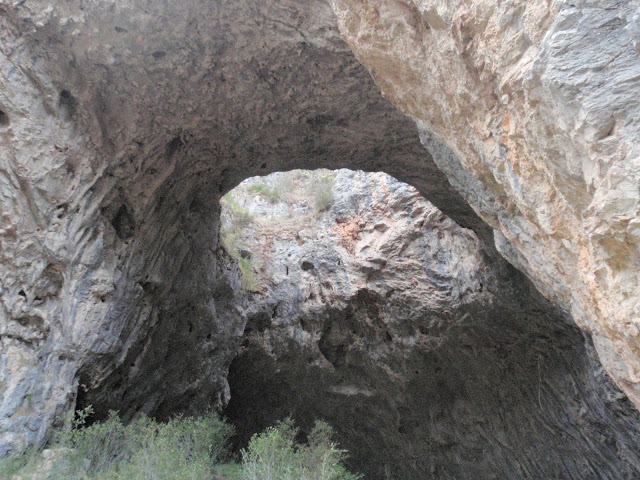 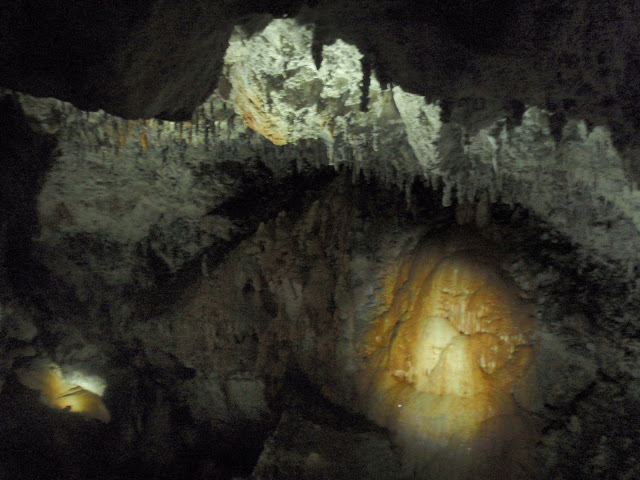 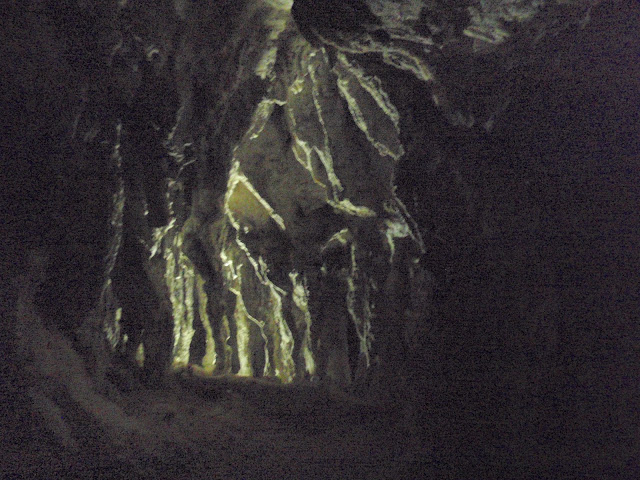 We then headed down to the thermal pool. This pool is 27 degrees so not the warmest of thermal pools more like a solar heated swimming pool. The pool is filled with  a natural spring which pumps out 100,000 liters of water every hour. It was just a little slimy along the concrete edges of the pool and the floor but seeing as the pool is very deep (I couldn't touch the bottom anywhere but then I am 151 centimeters tall) a sign said it can get as deep as 2.5 meters. And there are railings to get out so you don't need to touch the side. We didn't let Israel play in the wadding pool as that was filled with slime. Instead he sat in his ring and floated next to us. 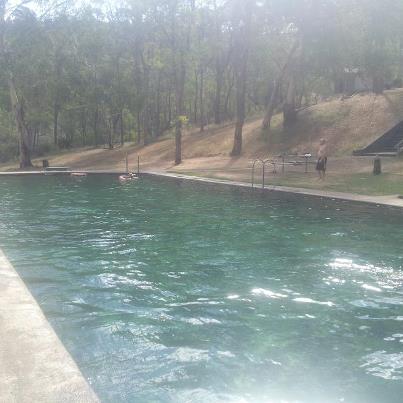 We drove into the campground at dusk as we had spent the day swimming and as it was a total fire ban we couldn't even use out gas cooker, but we were allowed to use the barbecues that were provided near the pools. So we cooked there and then moved on. On the drive in we saw so many herds of brumby's, what a beautiful sight it is to spot wild horses! I never tire of spotting them, and these horses were in sensational condition, some of the best I have ever seen, and the most prolific. 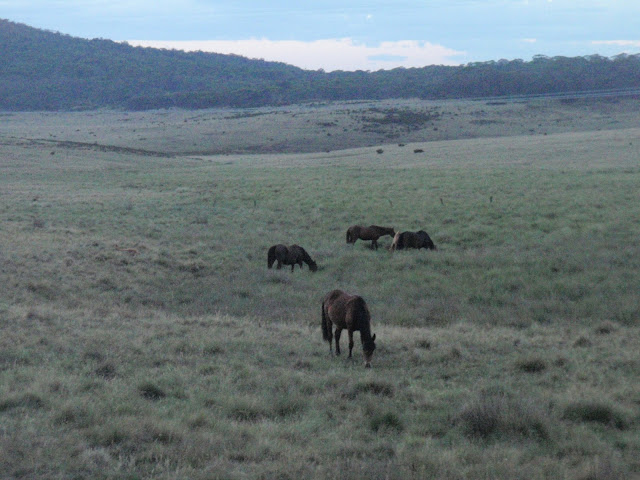 We wanted to camp at blue waterholes campground but it was very busy there and we prefer it to be a little quieter. So one kilometer down the road was another camping area so we stayed there a few nights. Lovely outlook and the only facility is a composting toilet. There was so much more to do but seeing as it was our 5 year wedding anniversary during our stay we decided to just relax a little. Next time we will walk to the free cave not far from blue waterholes campground, and the gorge and waterfall a little further down the track.

On the way out we stopped at the old homestead. I love the look of the old Australian farm houses, and just day dream while I am there. I would love to have a house that looks like this (but lovely and modern on the inside kind of like the old barn conversions they do in the countryside of England) 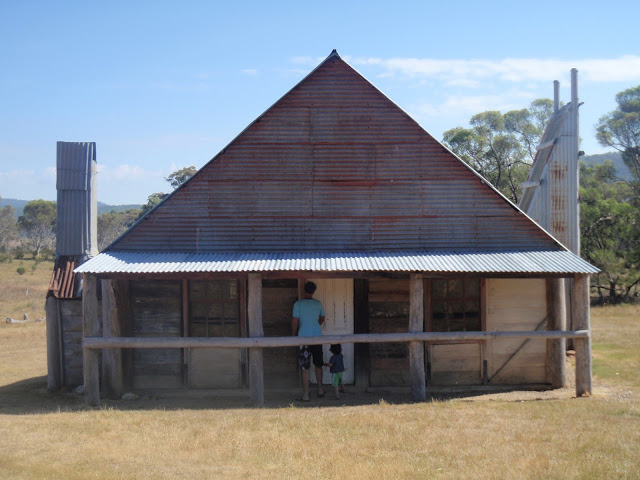 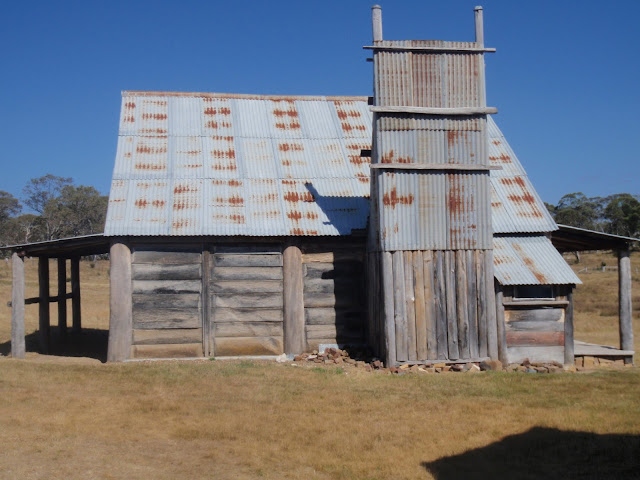 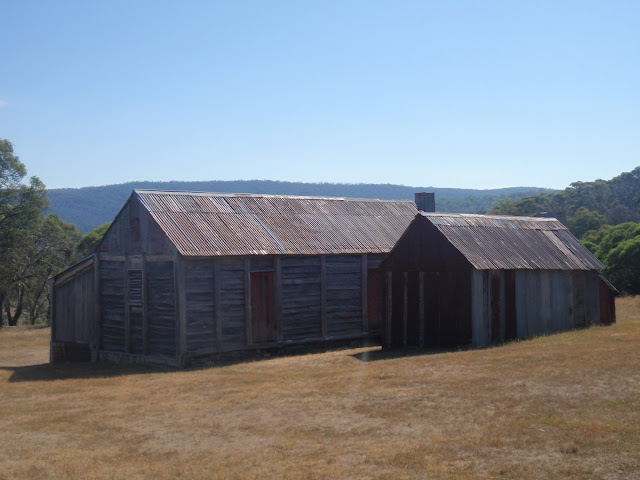 Posted by Living The Dream Homestead at 08:37