I have made vanilla extract on here before, and as lovely as that was at the end of the batch I was looking for other ways to preserve my vanilla beans. My beans that I had bought for that had gone hard and were almost impossible to use for cakes and other sweet treats, so after a little inspiration from a friend I decided to make vanilla paste.

I started off by boiling my beans in water for 30 minutes until they became soft. Use as many beans as you have and cover in enough water to cover and cook. Once they are soft blend, then strain. Measure out the amount of liquid and add an equal amount of sugar, cook on a low heat until it has dissolved and turned syrupy, store in clean jars in the fridge and use as you would vanilla extract.

I plan on making vanilla sugar with the waste strained beans. I dried them in a low oven until they were completely dry. Hopefully I can bribe my sister with some vanilla goodies and use her thermomix to blitz the beans and sugar together! If you do not have access to a thermomix, you can always store your spent dried beans in a jar of sugar so the fragrance can permeate through. 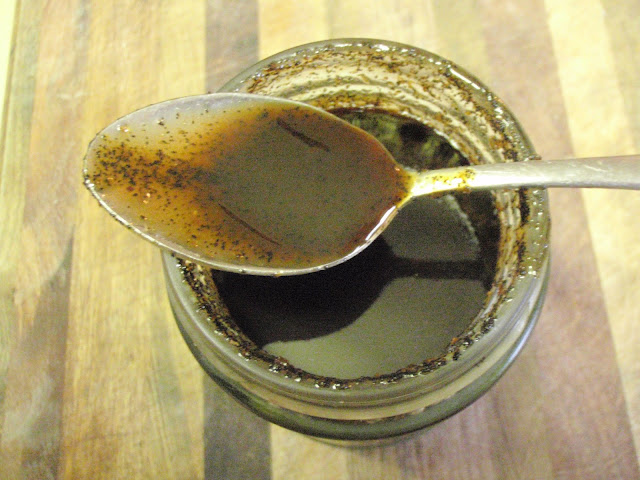 Posted by Living The Dream Homestead at 07:00