While we were in the Glasshouse mountains we decided to check out Caloundra again. We found it was cheaper to hire a house to a French couple and 3 dutch guys (we had a room each) than it was to stay in a caravan park in a leaky tent (we didn't to set the Kombi up each night after work). The house was a couple of meters from the beach, it was the perfect set up!

We then headed to our friends house that we met when we first stopped in the Glasshouse mountains. We stopped into town to head into a shop that had a couple of local tourism brochures. I turned around and this guy that was washing the windows was running after us. He asked if we were the ones that were travelling in the purple kombi. It turned out that him and his wife traveled around most of Australia in a yellow kombi, and invited us back to his house around the corner. It turned out they were a Jehovah's witness couple (which you would never have picked because they were so cool and down to earth - no offence to any JW readers). 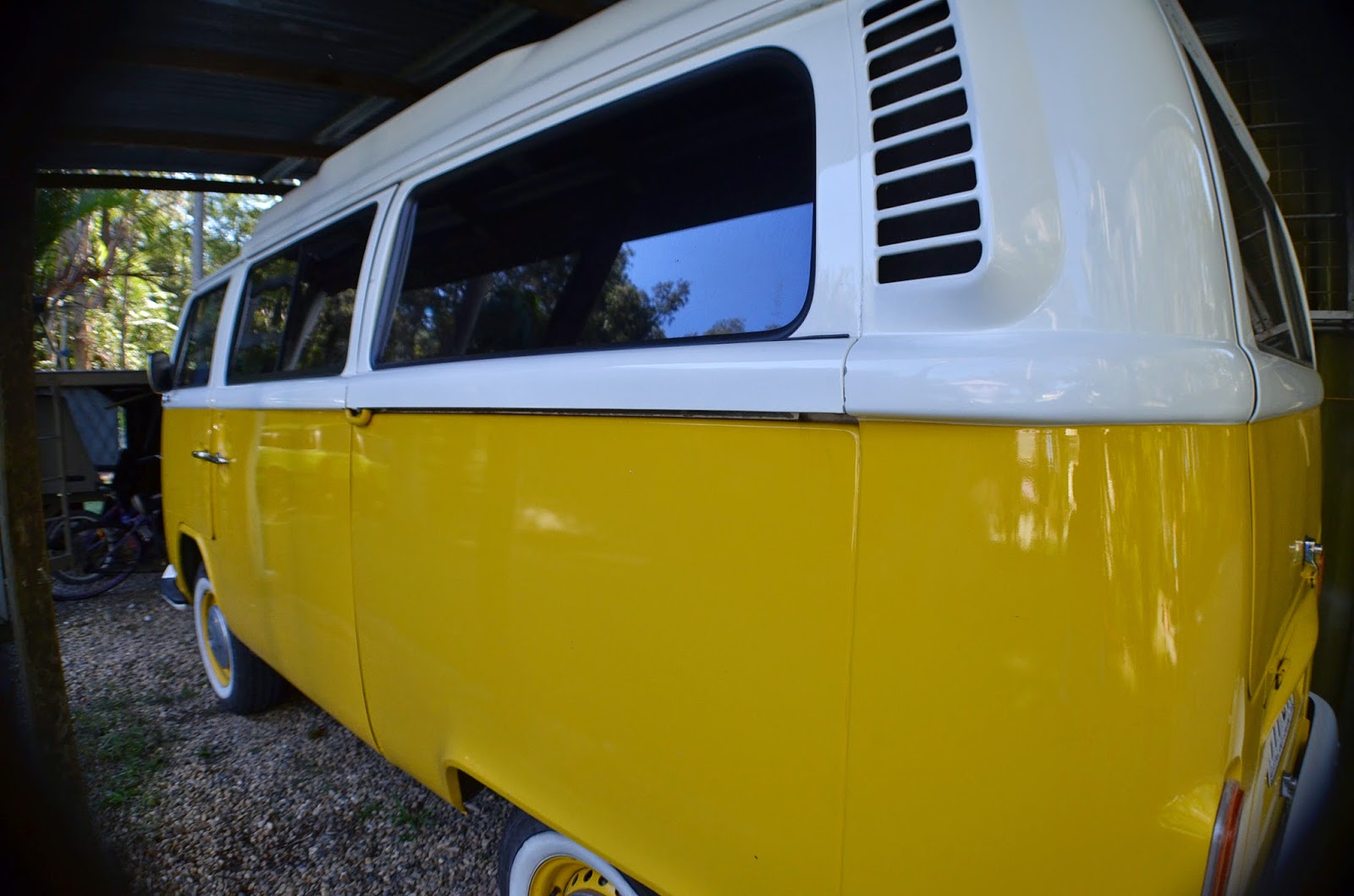 The kiddies big and small had a ball playing on the skate park that G built for his kids. He had a half pipe and then a heap of ramps around the drive way (they have the coolest eclectic surf shack style house, with beautiful gardens all done by them) 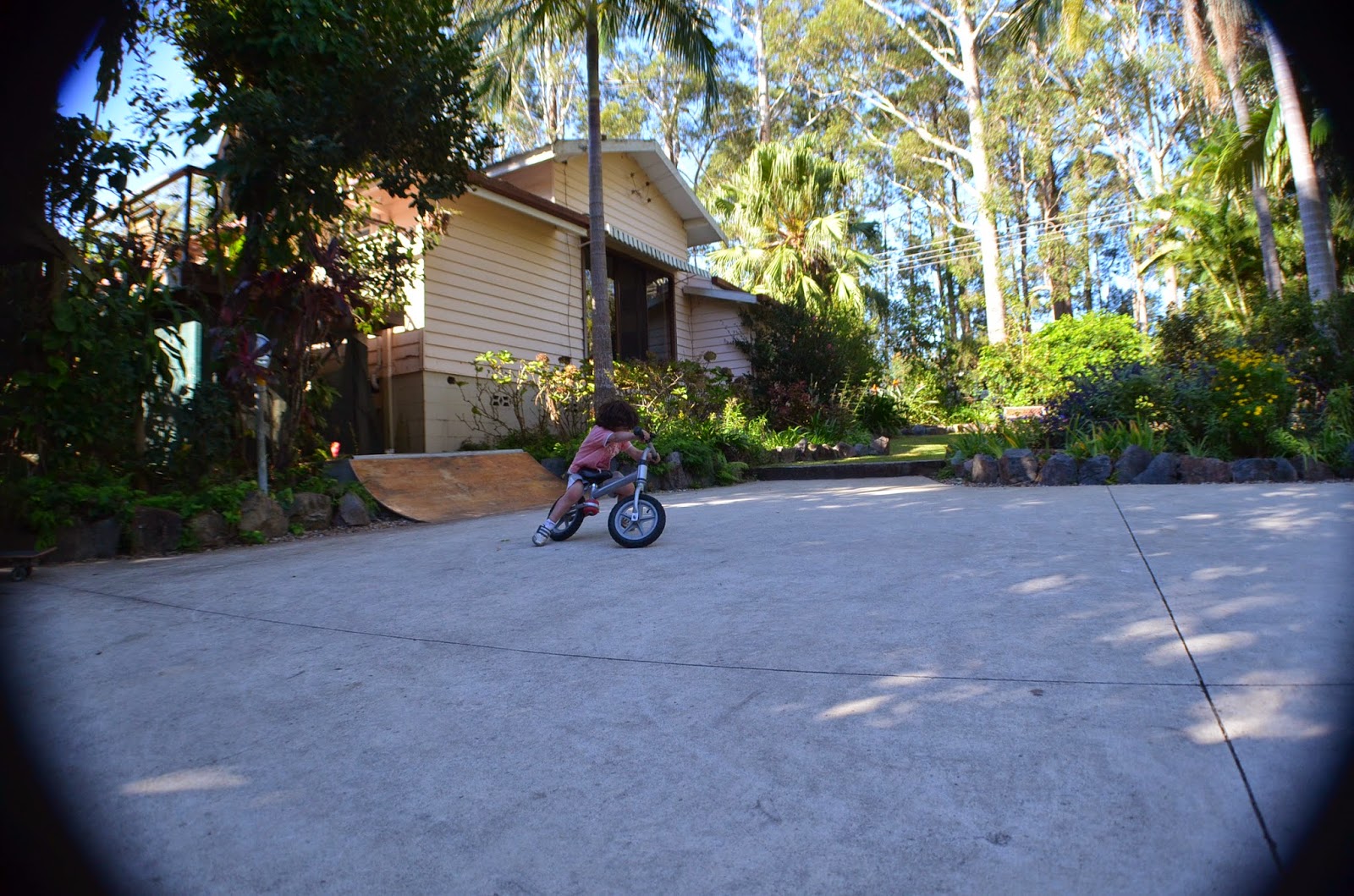 The next day was Easter. Being JW they celebrated it on the previous Monday, and they do not partake in any of the commercial festivities, so neither did we (all we do is hide some Easter eggs we do not do Easter bunny, Santa clause and tooth fairies). They invited us to go to their church and out of respect we agreed. It was different to what we are used to from our church which is Pentecostal in denomination. but it was good to experience something different and learn more about the JW faith and have some great spiritual conversations. *(if you would like to read about the differences see my note below).

The boys had a great time having a surf on one of the local breaks and exploring the local 4x4 tracks, while the girls (and the mini man) had fun relaxing.

*The main differences were our beliefs about hell, they do not believe in miracles and the trinity. They do not believe their is a hell, that if you do not believe that Jesus dies for us that when you die you die and that's it. Where we believe that there is a hell (of suffering). We have seen miracles and healing from the small to large. And they do not understand how 3 can be 1. I described it as a marriage Paul and I are 1 through marriage yet we are two people. (If there is anything here that I have missed or you do not agree with please leave a comment and I will be happy to chat about it.
Posted by Living The Dream Homestead at 22:18