We installed the french doors in the study/4th bedroom We plastered the walls in the study/4th bedroom. You can see the original french doors that were purchased. These will be repurposed for the formal lounge. 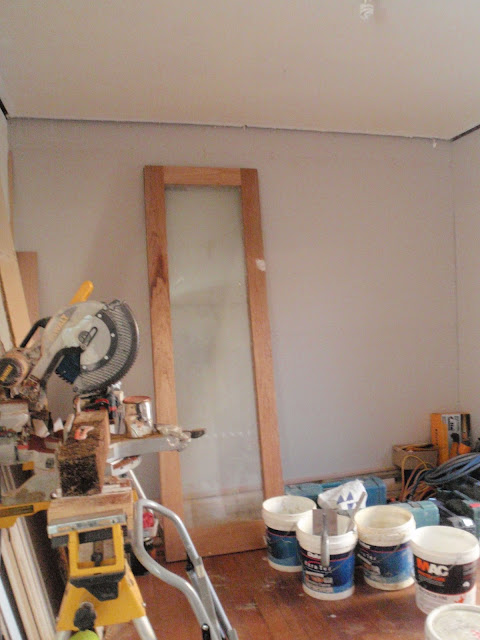 We plastered the old hallway 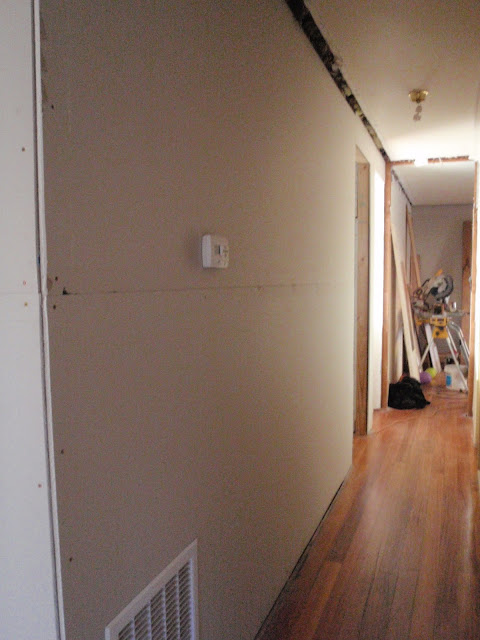 We created the new entrance hallway, which meant we had to demolish the walk in robe in the nursery and build a cavity wall to keep a section of the old walk in robe for the nursery built in robes. 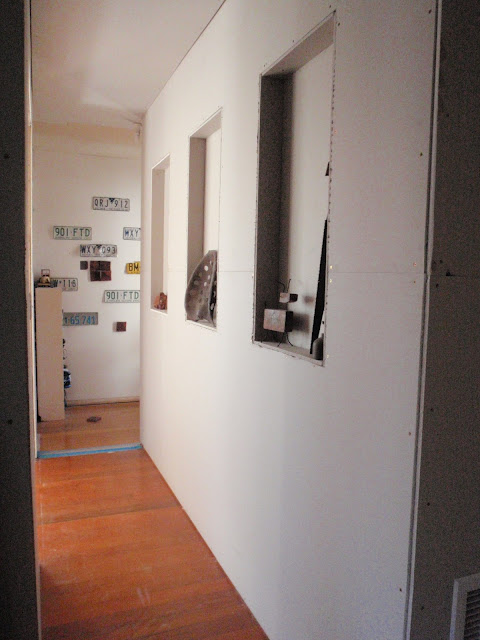 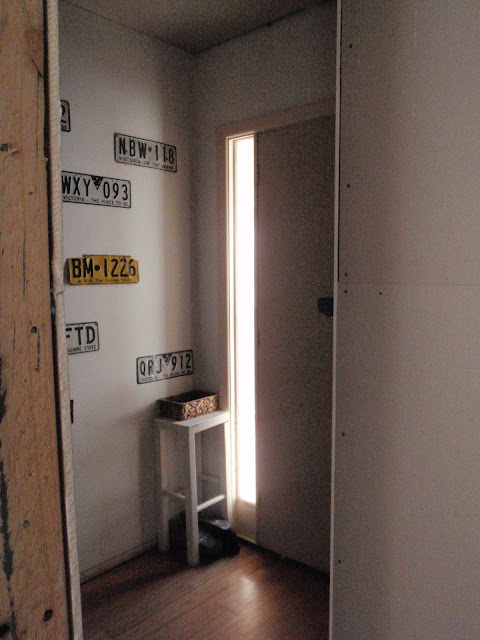 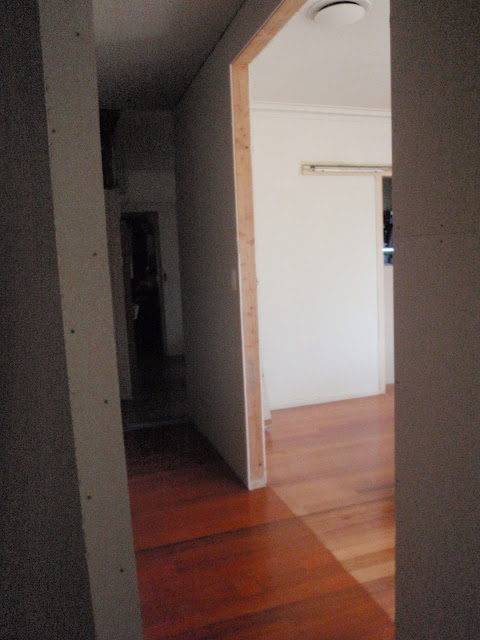 We undercoated and put a first coat of colour on in Israel's bedroom.

We are now just waiting for our windows for the formal lounge, and then we can install them and finish plastering that room. We can then stop up all the plaster which means that we can then paint and decorate. We can then also hang the doors in the nursery, Israel's room and the study/4th bedroom. We need to also choose a front door to complete the entrance way. We can then render the front facade. So infact we are nearly done (although it doesn't feel like that at all).

We have had a few set backs this month which meant that a few things couldn't be completed.

We encountered a load bearing wall in the new entrance hallway which meant that we had to change our plans slightly.

We had purchased beautiful tall french doors for the study which would complement the doors used throughout the house. When we first went to install them upon removal of the plaster we found that half the house's electrical wires ran through that wall. So we had to wait until an electrician came out to rewire that section. 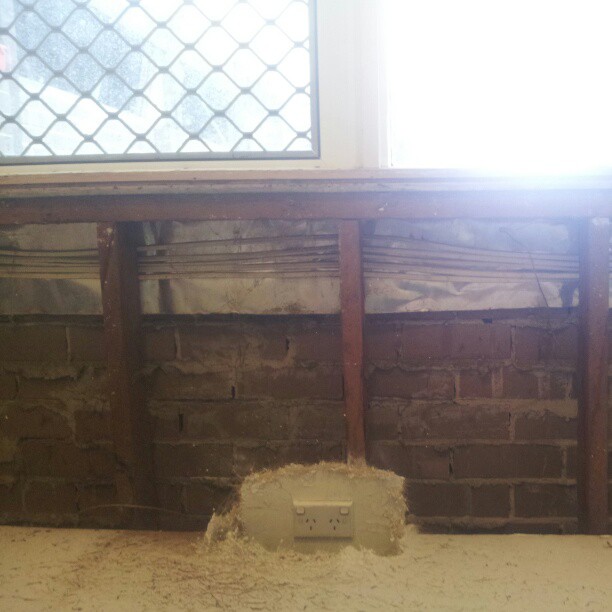 On the second attempt we discovered that although the doors fit inside the house, they do not fit externally due to the lintel being too low. 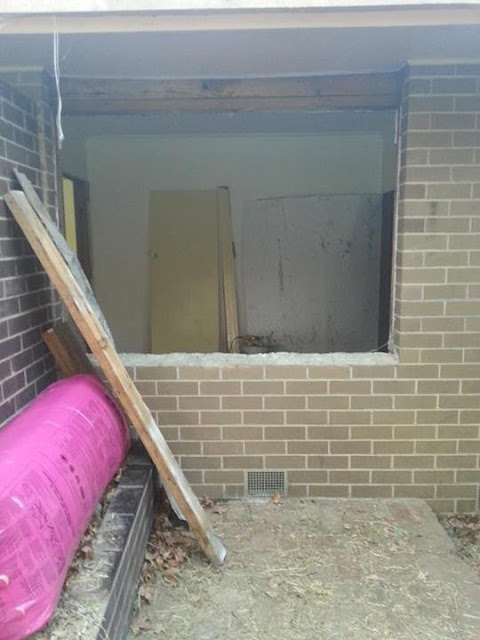 After purchasing new shorter doors we were finally ready to install them, this time with success.

We also had to deal with some drainage issues which took longer to fix than anticipated (and is still not fixed completely). We have always had an issue with some of the guttering overflowing when it rains, which caused water to pool under the house and ultimately the stumps to rot. The previous owners had build the alfresco areas roof over the gutter making it impossible to deleaf. This caused a blockage in the gutter, when we tried to remove the leaves in a downpour, this caused a blockage in the drains, not helped by them being invaded by tree roots, and years of neglect. So we are in the process of replacing some of the old plumbing and I am hoping this solves the water issues of this house. That means we won't be in such a hurry to rip out the alfresco area and it can last us a few more years so we can do it properly and design it the way we want instead of on an incredibly tight budget. 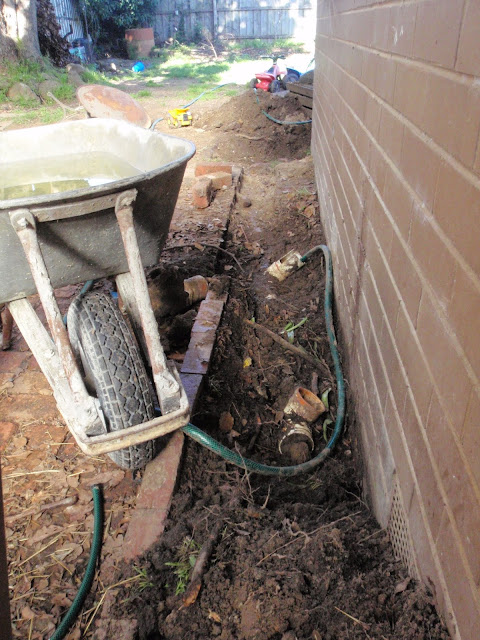 We were also all struck down with a nasty cold and cough for two weeks, which meant that we needed to take a weekend off. So hopefully in August we can cross a few more things of our list and be that much closer to having half the house complete before bubba Will comes into the world!
Posted by Living The Dream Homestead at 07:00

Email ThisBlogThis!Share to TwitterShare to FacebookShare to Pinterest
Labels: RENOVATING